How to Make Your Own Almond Milk in 15 Minutes Flat

By Robert MortonNutrition, Cooking, and Recipe 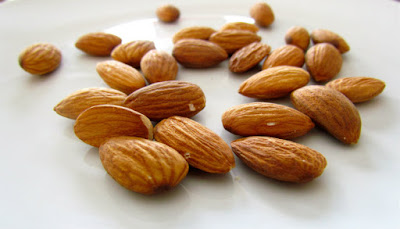 If you’re participating in the Whole Life Challenge or just experimenting with less dairy in your life, it’s hard to think of a more important staple item for your pack than a tasty nut milk you’ll actually dig consuming. I prefer almond milk. It’s great as a base for shakes, over gluten-free granola and fruit, or in warm drinks like a golden latte. It can substitute for pretty much anything milk-ish. I also sometimes use it with a little cacao and whey protein for a quick shaker-bottle drink post-workout.
Your grocery store likely carries almond milk, but I’ve found most off-the-shelf options to be bunk. They’re full of funky ingredients, weird flavored variants, and oddly thick, nay, even viscous in a way that makes me think more of engine oil than fuel for my personal tank.
So consider making your own almond milk. It’s super easy, quick, and even a little Zen. In only fifteen minutes, I’ve got a week’s supply of this cool, tasty milk stand-in that thrashes the store offering. 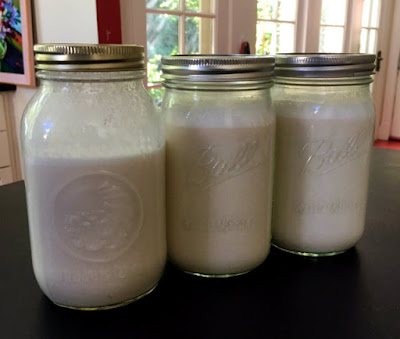 As I’ve mentioned, the uses for almond milk are many but one favorite of mine is the Chocolate Coconut Smoothie King, which for any of you parents out there has been a hit with the kids in this house. Again the scientific method—dump the following into a blender, and experiment to thickness/shakiness you like:
Since I did my first nutrition challenge over five years ago, and through all the successfully navigated good-eating terrain since, this simple almond milk recipe has been a staple. I hope it proves similarly useful for you.
Posted by AMRAP Fitness at 12:09 PM