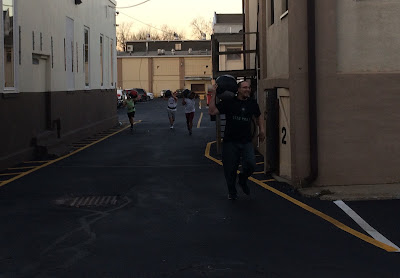 THE PALEO DIET, THE ZONE AND OPTIMAL TRAINING NUTRITION, PART 1

Within the CrossFit community, there tend to be two predominant diets getting the majority of the press – Zone and Paleo. Of course, some athletes will use other strategies – and a few will use the “strategy” of no strategy at all – but Zone and Paleo are the two most everyone hears about sooner rather than later in the CrossFit world.
This article is about perspective and giving you the tools to make good choices and educated decisions as they relate to what and how you eat.
Diet tends to be a really loaded topic with tons of politics and arguments on all sides. I’ve been around this topic for a very long time and heard, seen and tried pretty much everything. Seeing and trying “everything” has given me a lot of perspective and has led me to a pretty open and integrative attitude about food and diet. There are a lot of ideas and tools that have value when applied in the right ways and at the right times.
“Adapt what is useful, reject what is useless, and add what is specifically your own.”– Bruce Lee
In the broadest sense, my approach is Paleo. The Paleo approach – which includes local, pastured meat and eggs and organic produce – is an absolutely foundational part of a healthy diet. Setting aside for the moment relatively minor ideas like dairy or no dairy, brown rice once a week, weighing and measuring and intermittent fasting, I think it’s pretty easy for all of us to agree that a diet with a strong base of high-quality meat, vegetables and fruit is a good starting point.
In contrast to all the time and energy millions of people choose to exert on a daily basis researching and arguing about food, eating and diet strategies online, I ask simply: “How far off could you possibly be with a solid base of high-quality meat, vegetables and fruit?” We can add a lot of detail and complexity to that basic prescription, but just doing the above is at least our starting point.
From the perspective of the above point, however, we need to look at the counterpoint of weighing and measuring and optimal ratios of the macronutrients – carbohydrates, protein and fats.
I think the big picture when it comes to eating for health and fueling athletic performance is equal consideration of food quality and macronutrient quantities.  Combine the previous with individualization of both macronutrient quantity and food choices based on the digestive and physical tolerances and preferences of the individual and you have a winning formula.
Figure 1, below, is from my book “The Paleo Dieter’s Missing Link.” The rectangular strip down the middle labeled “Core ‘Healthy Diet’ Backbone” is just what I described above – a core of pastured, organic meat and organic fruit and vegetables.
The various diets that “orbit” the core diet are variations. Atkins will exclude fruit and starchy carbohydrates. Weston A. Price will be basically Paleo with the addition of raw, local and grassed cow dairy and some very specific grains prepared in specific ways.

Though not listed in the diagram, we can begin talking about The Zone in the same way – a diet that’s generally based on meat, fruit and vegetables and includes a weighing and measuring component and fairly specific ratios of carbs, protein and fat. (Standard Zone ratios, of course, being 40/30/30 respectively.)

Something I’ve seen come up more and more in the CrossFit world is the idea of “Zone vs. Paleo.” It’s sort of this “Which one is better?” questioning and debating. This is great for setting message boards and Facebook on fire with comments and passionate arguments on both sides and from every angle, but it’s nowhere near the whole story.
On the hardcore Zone end of the spectrum, there’s the assertion that we can eat virtually any foods in Zone proportions (40/30/30 percent of total calories as carbs/protein/fat) and we’ll be “in the Zone” for optimal health and performance.
On the Paleo side of things, there’s a massive emphasis on food quality (local, grass-fed meats, organic produce, etc.) and avoidance of all grains and dairy. Because our distant ancestors didn’t weigh and measure their foods, the idea is that we shouldn’t either. Further, because Paleo foods are what we evolved on for a few million years, the Paleo line of reasoning is that our bodies will “know” when to eat and when to stop eating. This is putting trust in our body’s intuition and highly evolved appetite and satiety mechanisms in place of a book and a scale and measuring cup.
You can easily prove the Paleo logic to a degree. It’s hard to overeat on steak and broccoli, but it’s entirely too easy to eat an entire bag of chips, cookies or other processed, sugar and carb-filled foods. The Paleo argument would be that these foods are foreign to our bodies so we have no innate ability to regulate our intake of them.
As usual, the truth lies somewhere in the middle and the answer to these questions is all very individual and always starts with the statement “It depends.” Nuts are pretty widely considered to be Paleo, but most of us can eat about a pound of nuts without even realizing it.  Assuming roasted and salted nuts are Paleo (they really aren’t), weighing out your portions of them might be prudent if you want to eat them in a reasonable amount.

In some CrossFit circles, Zone-Paleo is popular. This is eating Paleo foods in Zone proportions. Zone-Paleo is getting closer to the optimal setup and it’s actually where I start a lot of my athlete and performance-oriented clients. (Actually, I use 33/33/33 and then fine tune and individualize from there because it’s simpler.) In the real world, 30% protein is about right, but optimal carbs will vary from 50% all the way down to a low end of about 10%. And, there a million individual factors that influence this.

A General Staring Point and Progression…

This article series is for BoxLife, so regular CrossFit training is assumed. But there are big differences from one CrossFit athlete to the next with regard to training goals, health, athleticism and motivations. What I’m going to lay out for you is a basic progression of “steps” for putting together a good diet for your individual purposes and goals.
Just as you can’t (or at least shouldn’t) teach a Barbell Clean or Barbell Snatch to a new athlete who can’t even do a good Air Squat or Med Ball Clean, an obsessively weighed and measured diet with a bunch of restricted foods is going be way too stressful and difficult to implement all at once. It’s a good way to bring on dietary failure and frustration.
I teach physical movements in stepwise progressions – with a good working competence at each step before moving on to the next. I do the same with diet. It’s a matter of starting with the basics and moving on to make finer and finer distinctions and individualizations.
Different people will be at different places on the continuum. Some are coming from a Standard American Diet and just dropping processed food, grains and dairy will be a difficult hurdle. Others have been eating a high quality, Paleo-based diet for a long time and are looking for more accuracy and precision to increase performance. Some might have been doing Zone with non-Paleo foods and want to step up to high quality, Paleo foods.
In Part 2 of this series, I’ll begin to lay out the specific steps for upping your nutritional game with a weighed and measured Paleo approach and build upon the theoretical foundations I laid out here in Part 1. What we’re heading toward is a weighed and measured and highly individualized Paleo diet comprised of high quality foods. This is, in my opinion, the best approach for the majority of CrossFit athletes who really want to up their nutritional game.
Posted by AMRAP Fitness at 4:27 AM No comments: 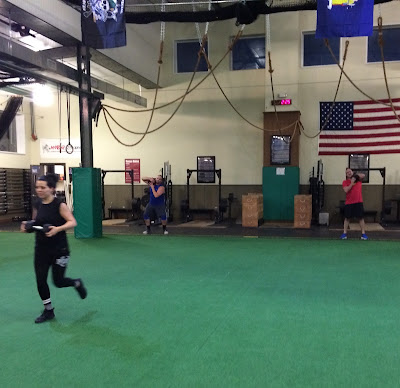 WOD
10 minute AMRAP
8 DB snatch (as heavy as possible)
100m run with the same DB
Posted by AMRAP Fitness at 3:29 AM No comments: 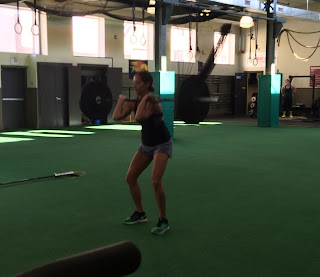 
*Rest 2 minutes after each effort
Posted by AMRAP Fitness at 3:28 AM No comments:

Posted by AMRAP Fitness at 7:08 AM No comments:

Posted by AMRAP Fitness at 5:26 AM No comments: 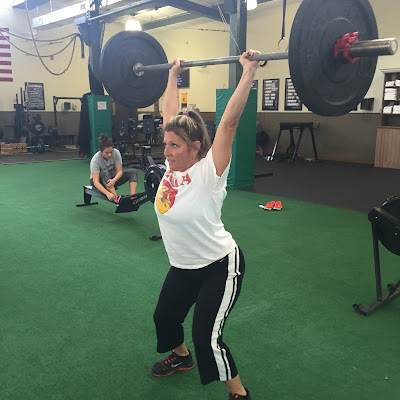 
*Rest 2 minutes after each effort

Posted by AMRAP Fitness at 3:30 AM No comments: 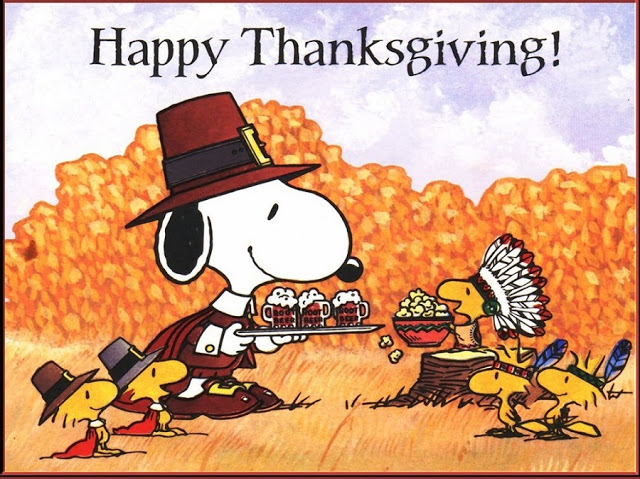 Posted by AMRAP Fitness at 2:48 PM No comments: 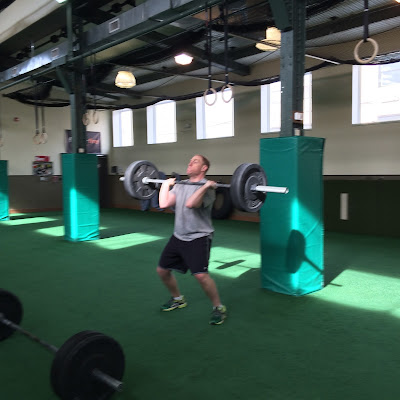 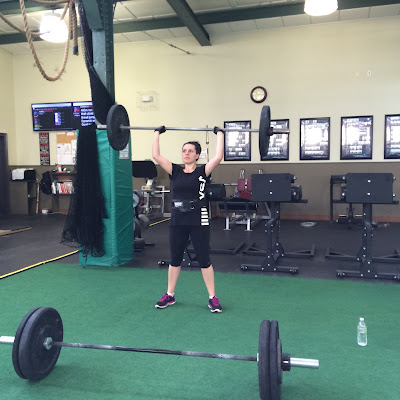 
*Rest 3 minutes after each round

Posted by AMRAP Fitness at 3:32 AM No comments: