PUBLISHED: 11:15 EST, 25 January 2013 | UPDATED: 12:59 EST, 25 January 2013
A desk bound office worker has stunned his work colleagues by losing over eight stone in five months - by going caveman.
IT consultant Jeremy White, 29, of Barry, South Wales ditched his daily snacks at his desk and started eating food from the stone age.
Twenty-stone Jeremy knew he had to do something quick after being refused life insurance - and being classified as morbidly obese. 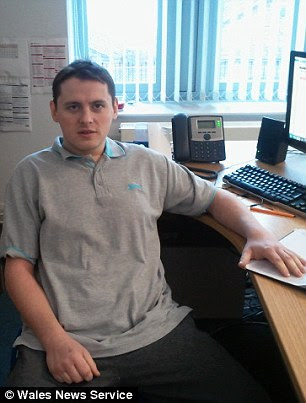 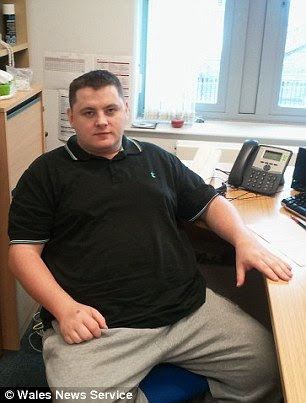 Jeremy White, pictured before (right) and after (left), lost over eight stone following the Caveman diet
So after more than 10 years sitting behind a computer screen all day Jeremy, joined a gym.
But instead of modern treadmills and cross trainers Jeremy started a programme of climbing ropes and throwing hammers just like his prehistoric forefathers.

Jeremy said: 'I've been eating like a caveman - lots of meat and fish, nuts and berries and no processed food at all.
'And when I'm at the gym it is lots of physical lifting and pulling.' 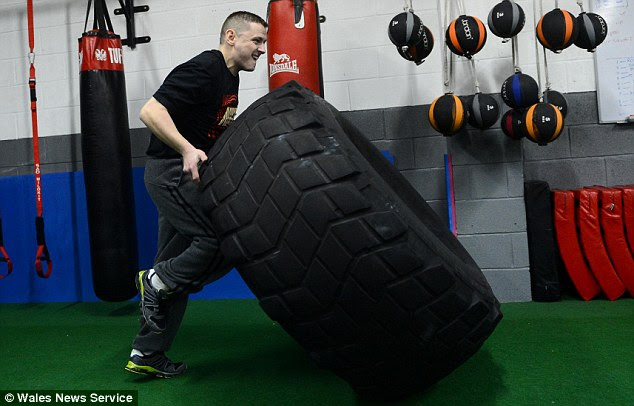 Gym addict Jeremy is now super fit and healthy
Jeremy, who is just 5ft 7in, blames his lifestyle sitting behind a desk fixing people's computer problems for his huge waistline.
He lived on takeaway meals and avoided any exercise other than hitting the keys on his computer.
If he went on holiday he would stay dressed in shorts and T-shirts - just like the Johnny Vegas character in TV's Benidorm.


Jeremy said: 'I was too embarrassed to go anywhere near the pool or the beach. 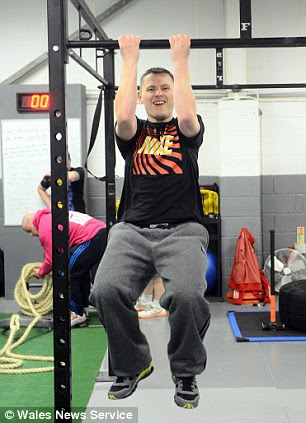 His fitness trainer said Jeremy's had the 'best results I have ever seen' as he 'did everything 100 per cent'. 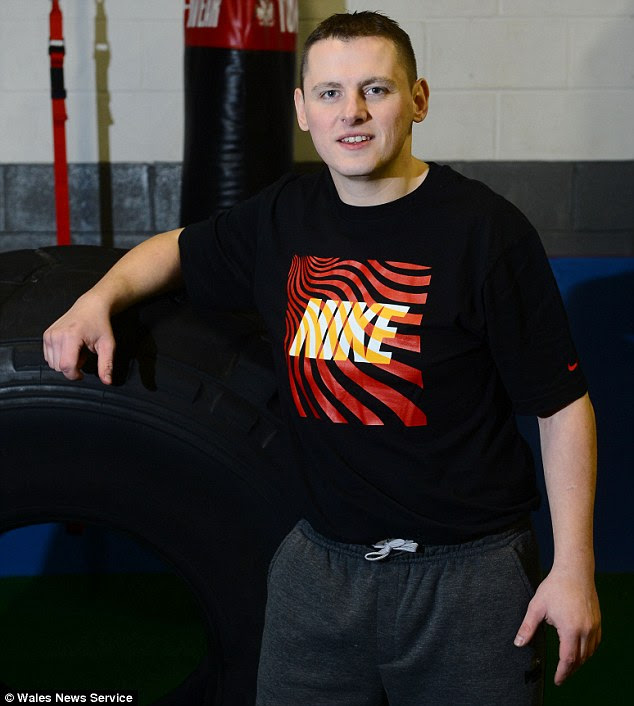 Jeremy's girlfriend Rebecca Matthews, 28, is looking at holiday brochures for the pair this summer
'My family and friends would be trying to get me to go out with them but I didn't want to go anywhere.'
Jeremy had promised himself for years that he would lose weight.
And with his 30th birthday looming he knew he had to do something.
But the crunch came last August when Jeremy was turned down for life insurance.
He said: 'I realised I had to do something quick and luckily for me my new caveman lifestyle worked.
'I lost a few stone very quickly and the life insurance company changed their minds.'
But the most staggering change is when Jeremy is at his desk in work where just six months ago he could hardly fit.
The new slimmer Jeremy - now weighing 12 stone - has delighted his girlfriend Rebecca Matthews, 28, who is looking at holiday brochures for the pair this summer.
And he now wants to inspire other people to go caveman to lose weight and live a healthier lifestyle.
Steve Anning(CORR), his health guru and fitness trainer at he Fighting Fit gym in Barry, said: 'Jeremy's had the best results I have ever seen - he did everything 100 per cent.
'He's trained and eaten exactly as he should have.' 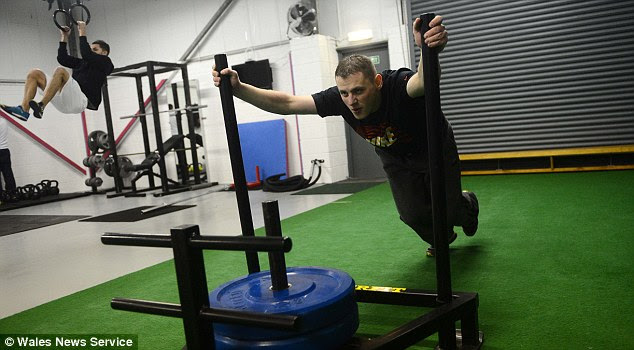 Jeremy now wants to inspire other people to go caveman to lose weight and live a healthier lifestyle
The Paleolithic 'Caveman' diet dos and don'ts...