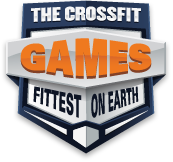 What are the 2011 Reebok CrossFit Games?

The CrossFit Games are the ultimate test of fitness, and the winners are crowned Fittest on Earth. It's a grueling multi-day competition in which the world's fittest athletes compete in a variety of workouts. What are the workouts? Each year they change, and the details of them are not announced until a couple days before the event. This means that all year long, the athletes are training for a competition whose format is almost completely a mystery.

The 2011 Games will take place at the Home Depot Center in Los Angeles on July 29-31 with a $1million total purse. There are five main competitions: Men’s Individual, Women’s Individual, Affiliate Cup Teams, and Men’s Masters and Women’s Masters (each with four age divisions: 45-50, 50-55, 55-60, 60+). The Fittest Man and Woman on Earth will each receive $250,000 cash, provided by Reebok. There will also be many cash and material prizes for the other winners and top performers.

Qualifying for the 2011 Reebok CrossFit Games

All the athletes who compete in the Games must qualify first. The top few athletes from each of the 17 Regional Qualifiers are invited to the Games. The athletes competing in each of the Regional Qualifiers are the top 60 men and 60 women from the CrossFit Games Open, a six-week, worldwide competition. The top 30 teams in the Open from each region also compete in the Regional for the opportunity to qualify for the Games.

Get Ready for the CrossFit Games Open!

The 2011 season will start with the CrossFit Games Open on March 15th. The Open is a six-week-long competition open to anyone in the world. There will be one workout per week, and athletes must submit a validated performance, either by uploading a video of the workout or by performing it at a Registered Affiliate. Everyone will be ranked instantly with everyone else in their region and with everyone else in the world.
The new website will go live on March 7th, and will have all the rules, regulations, and registration options in full detail. The cost will be $10 in the US and Canada, $5 in the rest of the world. The Open will also screen the top athletes and teams for Regional Qualifiers, and Masters athletes directly for the Games. All aspiring Regional and Games competitors must register on the Open Website no later than March 20th at 17:00 PDT. Each week athletes from around the world will complete the same workout, and submit their validated times or video proof to the Open Website. The best athletes and teams will progress.
Next are the Regional Qualifiers. There will be 17 Regionals around the world, with 10 in the United States and 7 abroad. They will be held over four weekends between May 27th and June 19th. Each Regional will send approximately 3 athletes of each gender and 3 teams to the Games, depending on the region’s size. Full details will be released shortly.
Posted by AMRAP Fitness at 6:47 AM