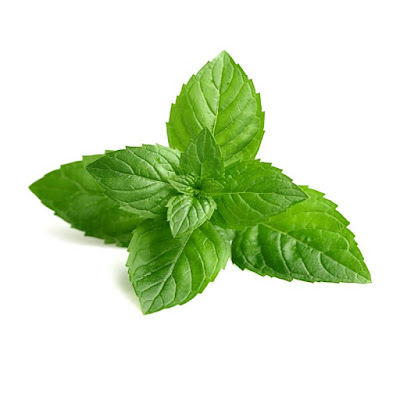 Known to have originated in Asia and the Mediterranean region, mint has been known for its many benefits throughout history. Greeks used to clean their banqueting tables with the herb and added it to their baths to stimulate their bodies, whilst Romans used it in sauces, as an aid to digestion and as a mouth freshener. Medieval monks drew on the herb for its culinary and medicinal properties. In many cultures, mint symbolised hospitality and was offered as a sign of welcome and friendship to guests.
Mint derives its name from the ancient Greek mythical character Minthe. According to Greek myth, Minthe was a river nymph. Hades, the God of the Underworld, fell in love with Minthe and when Persephone, Hades’s wife, found out, she turned Minthe into a plant, so that everyone would walk all over her and crush her. Unable to undo the spell, Hades gave Minthe a magnificent aroma so that he could smell her and be near her when people trod on her.
Away from this mythical world, we know that mint gets its tell tale enticing aroma from menthol, an essential oil present in its leaves. Mint contains a number of vitamins and minerals which are vital to maintain good health. In fact, just under 1/3 cup or half an ounce (14 grams) of spearmint contains:
Mint is a particularly good source of vitamin A, a fat-soluble vitamin that is critical for eye health and night vision. It is also a potent source of antioxidants, especially when compared to other herbs and spices. Antioxidants help protect your body from oxidative stress, a type of damage to cells caused by free radicals
Health Benefits of Mint
Many people reach for mints at the first sign of tummy troubles, and for good reason. Mint is well-known for its stomach-soothing properties thanks to the presence of a compound in peppermint oil called menthol, which helps relax the muscles in the digestive tract to provide relief.
Studies show that mint may be especially beneficial for people with irritable bowel syndrome (IBS), a condition that causes IBS symptoms like abdominal pain, constipation, diarrhea, nausea, bloating and cramps. In fact, one double-blind, placebo-controlled study out of Italy gave people with IBS peppermint oil capsules for four weeks and found that symptoms were slashed by 75 percent.
Regular use of this herb is very beneficial for asthma patients, as it is a good relaxant and relieves congestion. That being said, using too much of it in this way can also irritate the nose and throat.
Research led by Prof. Ron Eccles at the University of Wales, UK, states that menthol, present in mint, helps in relieving nasal congestion. The strong aroma of this herb is also very effective in clearing up congestion of the throat, bronchi, and lungs, which gives relief from respiratory disorders that often result from asthma and common colds.
As it cools and soothes the throat, nose and other respiratory channels, it also relieves the irritation which causes chronic coughing. This is the main reason why so many balms are based on mint. Unlike the inhalers that are based on aerosols, those with mint as the fundamental component tend to be more effective and eco-friendly as well.
Seasonal allergies and hay fever (also known as rhinitis) affect millions of people around the world. Extracts from mint leaves have been shown to inhibit the release of certain chemicals, which aggravate severe nasal symptoms associated with hay fever and seasonal allergies.
Popping a few mints or a stick of mint-flavored gum is a well-known natural remedy to freshen up bad breath, but did you know that it could also help promote oral hygiene as well? One of the main benefits of peppermint tea is its powerful antimicrobial properties, which can help kill off bacteria to optimize oral hygiene. Brew up a cup or two of peppermint tea using mint leaves, and pair it with proper oral hygiene practices to keep your mouth healthy and fresh.
Mint leaves, especially freshly crushed ones, help you deal with nausea and headache. The strong and refreshing aroma of mint is a quick and effective remedy for nausea. Use mint oil or any other product having a mint flavor and your stomach issues will be alleviated. In fact, many people keep menthol oil or mint-flavored products with them at all times to avoid nausea.
An issue released by the Swiss Institute of Bioinformatics mentions that using it helps in relieving headaches. Balms with a mint base or basic mint oil, when rubbed on the forehead and nose, give quick relief in case of a headache. This herb is a naturally soothing substance, so it can alleviate the inflammation and temperature rise that is often associated with headaches and migraines.
Interestingly enough, some research shows that even the mere smell of mint could be enough to bump up brain power and improve cognitive function. One study published in the International Journal of Neuroscience, for example, showed that the aroma of peppermint was able to enhance memory and increase alertness. Similarly, another study published in the North American Journal of Psychology also showed that peppermint scent was effective at reducing fatigue and anxiety while improving alertness, thanks to its ability to stimulate the central nervous system.
Breastfeeding mothers commonly experience sore and cracked nipples, which can make breastfeeding painful and difficult. Studies have shown that applying mint to the skin can help relieve pain associated with breastfeeding. In these studies, breastfeeding mothers applied various forms of mint to the area around the nipple after each feeding. Typically, they used an essential oil on its own or mixed with gel or water. One study showed that applying peppermint water after breastfeeding was more effective than applying expressed breast milk in preventing nipple and areola cracks, which resulted in less nipple pain. Another study similarly showed that only 3.8% of mothers who applied a peppermint gel experienced nipple cracks, compared to 6.9% of those who used lanolin and 22.6% of those who used a placebo.

While mint oil is a good antiseptic and antipruritic material, the juice obtained from mint is an excellent skin cleanser. It soothes the skin and helps cure infections and itchiness. In addition to being a good way to reduce pimples, it can even relieve some of the symptoms of acne. Its anti-pruritic properties can be used for treating insect bites like those of mosquitoes, honeybees, hornets, wasps, and gnats.

A study was conducted by Dr. A. P. Allen and Dr. A. P. Smith from Cardiff University, on the effect of chewing gum on stress, alertness, and cognition. It found that people who frequently used chewing gum, in which the major active ingredient is mint, had higher levels of memory retention and mental alertness than those who did not.
Risks
As you can see, mint’s health benefits range from improving brain function and digestive symptoms to relieving breastfeeding pain, cold symptoms and even bad breath. Thus, you really can’t go wrong adding some mint to your diet.