Do Fathers Who Exercise Have Smarter Babies? 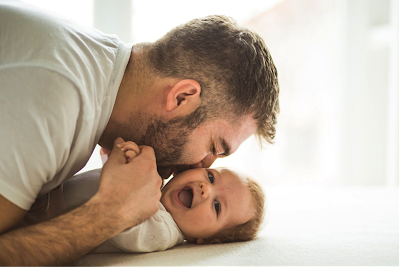 Exercise changes the brains and sperm of male animals in ways that later affect the brains and thinking skills of their offspring, according to a fascinating new study involving mice.

The findings indicate that some of the brain benefits of physical activity may be passed along to children, even if a father does not begin to exercise until adulthood.

We already have plenty of scientific evidence showing that exercise is good for our brains, whether we are mice or people. Among other effects, physical activity can strengthen the connections between neurons in the hippocampus, a crucial part of the brain involved in memory and learning. Stronger neuronal connections there generally mean sharper thinking.

Studies also indicate that exercise, like other aspects of lifestyle, can alter how genes work — whether and when they get turned on or off, for instance — and those changes can get passed on to children. This process is known as epigenetics.

In other words, would exercise by a parent help to produce smarter babies? And, in particular, would this process occur in males, who contribute sperm but not a womb and its multitude of hormones, cells and tissues to their children?

To find out, researchers at the German Center for Neurodegenerative Diseases in Göttingen, Germany, and other institutions gathered a large group of genetically identical male mice. Because the animals were genetically the same at the start, any differences in their bodies and behavior that cropped up later should be a result of lifestyle.

The mice all grew up sedentary. But once they reached adulthood, half of them were moved to cages equipped with running wheels and other toys and games designed to stimulate their bodies and brains.

After the mice had been living in these fun-house homes for 10 weeks, scientists looked inside some of their brains and found that, as expected, they had developed stronger neuronal connections than were seen in the brains of the mice that had remained sedentary. The active mice also performed better on cognitive tests.

More interesting, when some of these active male mice mated with females that had not run, their pups were born with brains that, from the start, showed stronger neuronal connections in the hippocampus than did the brains of the babies born to sedentary fathers.
These animals also learned a bit faster and remembered a bit better than the mice with parents that had been inactive, even though none of the young animals ran.

Finally, the scientists delved into the makeup of the paternal sperm. Obviously, in order for a father’s lifestyle to affect the bodies of his unborn children, his sperm must change.
The scientists focused on microRNA, which are tiny molecules known to be involved in the inner workings of genes.

In earlier studies, other researchers had found that the levels of two particular microRNAs rise in the brains of mice after they start running, and these increases are thought to help jump-start the processes that lead to better connections between brain cells.
The German scientists now found heightened levels of these same two molecules in the brains of the running mice.

They also, for the first time, found them in the runners’ sperm. Somewhat surprisingly, they did not find similarly high levels of those microRNA in the brains of the runners’ pups. In fact, those youngsters’ levels were about the same at birth and during childhood as in the babies born to sedentary dads.

And none of this second generation of mice, which never exercised, sired babies with notably strong neuronal connections. The epigenetic benefits from running ended when the running did.

What these findings suggest is that physical activity in one generation can have echoes in the brains and minds of the next, says André Fischer, a professor at the German Center for Neurodegenerative Diseases and senior author of the study, which was published in Cell Reports.

“We believe that the increased microRNA levels mediate mild changes in brain development that are beneficial” for thinking, he says.

But those impacts are unlikely to be perpetuated if the activity is not.
Of course, this study involved mice and not men and cannot tell us whether the same processes occur in people.

Dr. Fischer and his colleagues are planning, though, to look for the two relevant microRNA molecules in the blood and sperm of men who exercise and those who do not for an upcoming study, he says.

They also hope in future animal studies to tease out the individual effects of running from those of playing with toys and being otherwise mentally engaged, he says.
“My personal opinion is that exercise is probably much more important” than mental stimulation for altering brains and gene expression and potentially even the aptitudes of one’s offspring, Dr. Fischer says.

Posted by AMRAP Fitness at 7:02 AM