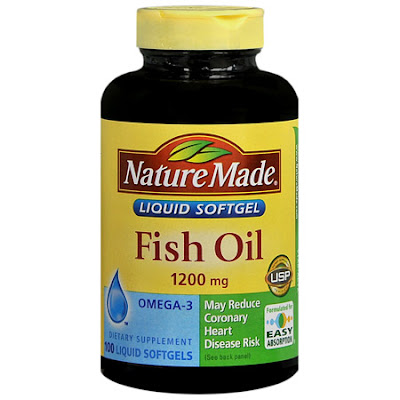 What Are The Benefits Of Fish Oil?

Fish oil is one of the natural remedies for a number of health problems. It is derived from the tissues of the oily fish. The recent studies published in some of the respected scientific magazines show that fish oil has some amazing benefits for health. So what is the fish oil benefit and how fish oil is actually made?Fish oil is yielded from the cold water fish like mackerel, tuna, salmon, cod and many other fish. It has been recommended as a heart healthy diet for a longer period. The fish oil is very effective nutrient as it contains two most important omega 3 fatty acids that can be absorbed easily. EPA and DHA are two most important fatty acids that have very crucial role in development of normal brain, proper functioning of nervous system and better eyesight. The EPA and DHA fatty acids derived from the fish oil are considered to be the protective elements for the body as they are very effective to reduce the risk of developing arthritis. Among other fish oil benefit you can find:

Most of the recent searches regarding fish oil benefit to the heart diseases has proved the importance of omega 3 fatty acids in protection against the heart diseases. The recent study of American Dietetic Association revealed the factor that these acids are very effective to reduce the fatty deposits in arteries. The consumption of fish oil reduces the chances of all forms of cancer including breast, colon and prostate. The fatty acids found in the fish oil is quite helpful to stop the development of cancerous mass from quite a healthy cell, it inhibits the unwanted growth of cell and causes apoptosis or death or cancer cells. The fish oil has very significance in preventing the pregnancy complication like premature delivery and low birth weight. The consumption of fish oil during pregnancy reduce allergy in the newborns, help in development of brain and reduce risk of post partum depression. It is better to take fish oil during the period of pregnancy. The fish oil is very effective for the eyesight. It not only improves the eyesight but also decrease the dryness in the eyes. The fish oil helps to stop the eyesight decline with the increasing age. The fish oil is very effective to prevent all types of depression including the schizophrenia, bipolar disorder, ADHD and anger caused depression. It is also helpful in treatment of the Huntington’s disease. The fish oil is found effective in treatment of rheumatoid arthritis, inflammatory bowel disease, systemic lupus and other inflammatory conditions. The recent scientific studies recognized the role of fish oil in weight regulation, it reduces craving caused by the fatty foods. These are the most significant fish oil benefits. Fish oil not only reduces the risk of a number of incurable diseases but is also very helpful nutritional supplement. Eating fish is the basic way for the body to get enough fatty acids but if you want to get more, than try to get fish oil benefits directly from the fish oil that is extracted from the cold water fishes as its benefits are bigger and it is easer to digest.
Posted by AMRAP Fitness at 10:52 AM