Why do I Crossfit? 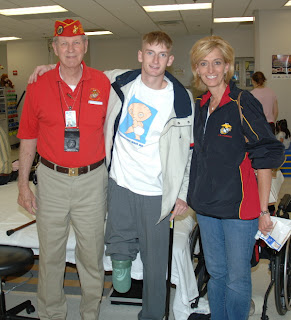 In 2005, Ben Lunak was with 3rd Battalion, 7th Marines, India Company in Iraq. On Feb. 25, he was sent to secure a damaged Humvee, and after leaving the wreck, his own transport hit an IED. Ben was catapulted off the road and sustained severe injuries.

He was transported to Camp Ramadi, where he was stabilized with a direct pour of blood from a comrade. After waking up, Ben was shocked to find that his severely damaged leg had not been amputated, and he made the decision to have it removed to speed his recovery.

Ben has been CrossFitting at CrossFit Southwest for about six months and finds that memories of fallen friends sustain him during the workouts. He also believes CrossFit helps him face any challenges he encounters.

“I go to CrossFit. That’s mainly my therapy ... . The workouts sometimes are just miserable. You just keep going. Every time you finish, they make you feel like a million bucks. Every time you’re like, ‘Shit, if I can do that, I can do just about anything.’”

On March 27 and 28, Ben competed in the San Diego/Arizona Sectional. In an inspirational, determined performance, he completed every workout and placed 80th out of 103 competitors. 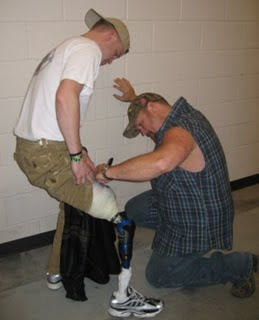 Posted by AMRAP Fitness at 4:49 AM