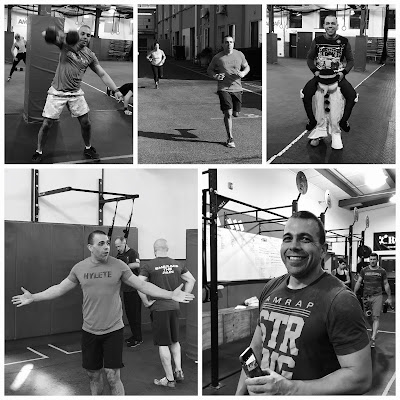 My journey to fitness really only began a few short years ago.  It was not until my mid 30’s that I began to understand a little about the subject.

First let me share with you a little about my pre-fitness part of my life.  I was born in very small rural town in Portugal where I can still remember when they were installing running water to a family of fruit farmers. I am the oldest of two and when I was eleven, my parents decided to immigrate to the US in search of a better life.  So here we are, a family of four with nothing but two suitcases, traveling to a new world.  Not knowing the language, culture or what to expect, was a bit of a struggle to say the least. To this day, having two kids of my own, I cannot give enough credit to my parents for being able to make a decision like that.  I applaud them for their courage and so much more.

That being said, arriving to a new country as an eleven year old scrawny kid, there was no opportunity to even think about sports during or after school.  Instead, I was able to get a job assisting the super of the apartment complex in which we lived. That job paid me $50 per week which was a great help towards rent.  Another obstacle happened when I was 12.  While riding my bike, I fell and broke my femur bone. I spent a long, grueling month in the hospital in traction and about another three months on crutches.  Unfortunately, I never really made a full recovery. To this day, the broken leg is about an 1” shorter than the other leg. Working and my bike accident prevented me from getting involved in sports or any other activities.

In high school, the only sport that I ever attempted was soccer, which I played for three years, but throughout high school and college I developed some ready bad habits.  I was drinking, eating and smoking two packs of cigarettes per day.  I went from being the skinny, scrawny kid to the fat adult.

In my early thirties, I knew that I had to make a change, so I join a gym, Vision Fitness, with my business partner.  It was great for the first couple of weeks.  We downloaded workout plans, attempted to learn how to use the equipment, watched what everyone was doing and attempted to duplicate it.

That worked well for the first couple of weeks maybe even the first few months. Then the excuses for not being able to make it to the gym started to become more and more consistent, and I soon stopped going all together.  At this point I was a perfect customer. Never caused any wear and tear on the equipment, never used a towel in the locker room and also never cancelled my membership because someday I would return.

As the years went on life got in the way and more excuses came up for not going to the gym.  Work, girlfriend, wife, kids, etc.  Another thing that remained consistent was the bad habits.  Excessive drinking, eating and smoking.

When my youngest child was born, I was probably in the worst shape of my life, and I realized that I had to do something about it. So I was able to start lifting weights again on some what of a consistent basis with my business partner.

One day he came to me and asked me if I’d like to try Crossfit with him.  As I peaked through the double doors in the back of the gym and saw what those crazy people were doing, I told him that he was insane.  He persisted and went as far as buying me a 10 pack of classes to give it a shot.

I can now say that’s where my journey to fitness began.  Walking in with such low self esteem and confidence was a very hard thing for me to do, but that quickly changed.  Little did I know that I had just met the greatest group of people that have done nothing less but encourage me and offer me motivation and support. That coupled with a great coach who not only understands fitness but also has a wealth of knowledge on nutrition.

Fast forward to the present... Since I started, I have only missed working out due to traveling or illness.  To this day, when I tell people that I look forward to getting out of bed at 3:45am and going to the gym, the common reaction is, “Are you out of your mind?”  I wouldn’t have it any other way. Not only has AMRAP taught me how to workout and push myself, but it has given me a whole new perspective on nutrition.

That being said, at 40 years old, I’m the fittest that I have ever been in my whole life and this is only the beginning of my journey to fitness!!! 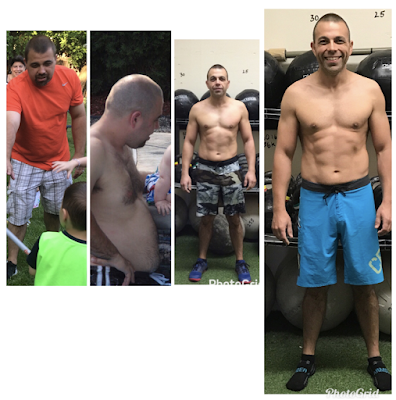 Posted by AMRAP Fitness at 4:02 AM