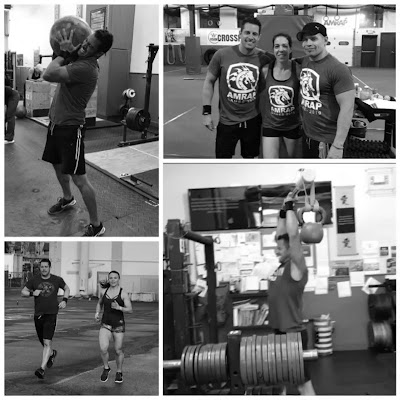 I had just turned 40 years old when I woke up and looked in the mirror. I was not exactly in bad shape, but I wasn’t in good shape either and I could tell if I didn’t do something about it soon, I would be going down a road that I have seen too many people go down as they age. No one ever told me that just because you get older, doesn’t mean you still can’t get in the best shape of your life…
I had always been athletic growing up keeping my days occupied with soccer, baseball, basketball, tennis, basically anything active that kept my body moving and my mind occupied. As I had gotten older, certain professional and personal responsibilities took over – essentially, life happened – including being blessed with two of the most beautiful little girls whose smiles just melt my heart. Unfortunately, working out and exercising gradually dissipated, and my nutrition soon followed suit.
My wife and I would frequently see one of our close family friends, Marcy, over the summer and I would always find myself asking her what she was doing to stay in such great shape. That was the first time I had been told about AMRAP fitness under Coach Ray Traitz.  At the time, I had been sparingly working out at the gym, even tried a few boot camps, but it soon became more of a chore which eventually led to disinterest and ultimately a lack of motivation. But hearing what Marcy had to say about AMRAP had me intrigued, but still hesitant, maybe even a little intimidated. For one, having two little girls at home made it tough for me to try to make time and coordinate things with my wife which meant secondly, that I would most likely have to attend the “cult-like” 5 AM class – a hardcore group that had been working out together for years. And then, of course, there was the cost on top of it all. It just didn’t seem realistic at the time… until I finally gave it a shot on November 1st, 2019 – a day I’ll never forget.
I never realized how out of shape I truly was until I began training at AMRAP. When I spoke with Coach Traitz for the first time, he had told me that he had been doing CrossFit since 2005 and that the change that you see goes way beyond the physical - it’s a mental and spiritual transformation as well. He could not have been more right. On top of the incredible effect it had on my body (I lost 10 pounds and over 5% body fat in just a few months), mentally it put me in such a better place – I found myself being more tolerant, more patient, and much happier with who I was as a husband and a father. Within a week, all of my misconceptions and initial concerns regarding CrossFit were put to rest: The early morning workout became a routine that I now look forward to every day. The “cult-like” morning crew were the furthest thing from that, but rather welcomed me as a part of the crossfit AMRAP family – I am truly grateful for the inspiration, support, and friendship they provide me with day in and day out and most of all, the common bond we share of pushing ourselves beyond what we ever thought we could. And the cost? The way I see it you can’t put a price on health and happiness.
So if you were like me waking up in the morning, looking in the mirror and not happy with the person you see looking back at you, then do something about it – it’s never too late to get into the best shape of your life – I did – and it turned out to be one of the best decisions I ever made – for my mind, body, and spirit.


Thank you to my AMRAP family and most of all, Coach Ray Traitz.
Brian~
Posted by AMRAP Fitness at 3:33 AM