How To Avoid The Latest CrossFit Injury Epidemic

How To Avoid The Latest CrossFit Injury Epidemic

A surprising number of athletes suffered the same serious injury at this year's CrossFit Games regionals. Could it have been avoided? Hell yes! Here's what went wrong, and how every lifter can bullet-proof themselves against it.

During the CrossFit Games regionals this year, over 25 men tore their pecs. Now as somebody who has experienced my share of them, I get it: Injuries really suck, and sometimes they can't be predicted or avoided. But sometimes they can.
The real reason that people are tearing things and breaking themselves at such a high rate isn't weakness. These guys were incredible! Instead, it all comes down to four fundamental components of training:
You're at least somewhat familiar with the first three. The fourth, well, that may be what's sneaking up behind you. After my rant, I'll explain how to prevent this kind of thing from happening to you.

The Importance Of Exercise Selection

This past month, these elite athletes tore their pecs while performing what I consider to be a "grim reaper" series of workouts.
It wasn't that they couldn't handle the force itself, though. During a flurry of high-rep, high-speed ring dips and muscle-ups (and many other exercises), the competitors showed they didn't have the structural integrity to handle the way that force was being transferred through the tissue.
Let me be clear: These are high-level competitors, and under proper conditions they can perform these exercises with skill and ease. But unstable training—like ring dips, for example—simply isn't well suited for high speeds, or high levels of fatigue.
Now, you could always argue that it's a competition and they should be ready for anything, but I personally feel like that's not a good enough reason to do something a certain way, especially when the health of tough, determined athletes is on the line. But I'll grant there's an argument there.
The biggest problem, and the one that I don't see a defense for, was exercise selection. My friend—and a killer athlete—Christian Lucero was one of those injured—after he won his first two events. He was doing what he was ordered to do, like everyone else there, even though the "programming" of the competition was irresponsible and awful.
For this part, the athletes take no blame, and I salute them for fighting through a brutal series of workouts. Still, it makes me sad knowing that this could have been avoided.

Active ROM, Passive ROM, And You

Here's where what happened at the Games comes home for every type of lifter. While the programming definitely factored heavily into the injuries, it's quite probable that this mini-epidemic also had a lot to do with a common deficit among male athletes. I single out men because only men have suffered from these pec tears.
First, a simple definition:
The difference may seem subtle, but it's quite significant. Active ROM means you have control—like lifting your arm over your head. Passive ROM means you don't have control—like your arm being pulled over your head beyond where you can lift it.
When there is a large gap between the two, it means you can be taken to a range that you can't control. A bigger gap equals greater injury risk.
Long story short, when you move outside of your active ROM under load, you are playing Russian roulette with your body. Doing it explosively is like adding extra bullets to the chambers. 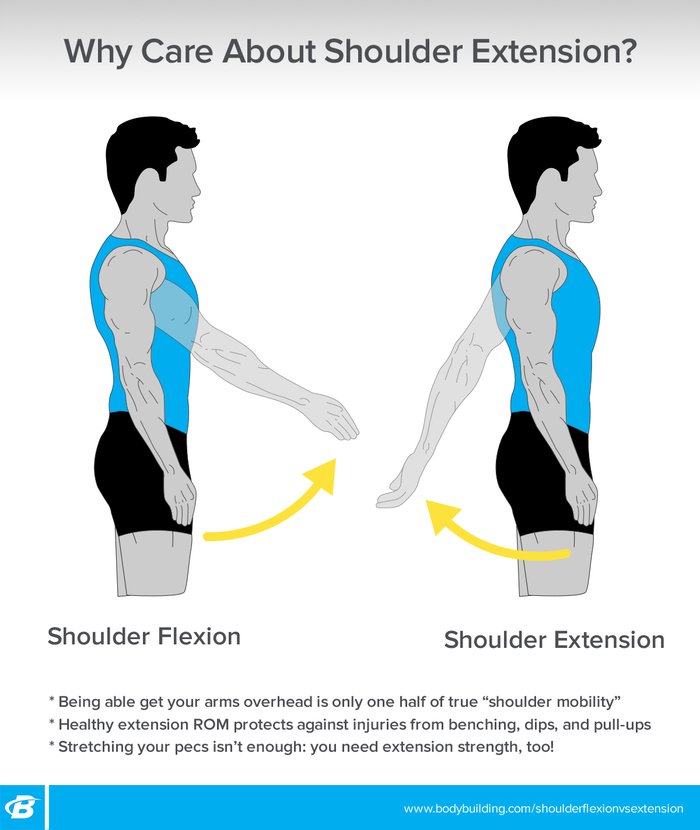 So what happens when you take a person with a gap between their active shoulder extension and their passive shoulder extension and fling them ballistically into their deepest end range, such as in a ring dip or kipping muscle-up?
The joint will not be in its ideal position, and the muscles that are supposed to help stabilize the joint won't be able to. Something's gotta give, and it will.
That's essentially what these elite athletes were asked to do last week.

The male population is notoriously stiff when it comes to shoulder extension. This may seem like something you don't need if you don't do ring dips, but it's essential for overall shoulder health, and for being able to safely perform other movements. For example, shoulder extension is essential for owning the top position of a pull-up, which is another area men struggle with, in comparison to women.
Before we laser in on the shoulder, it's also worth noting that shoulder mobility is dependent on several other factors that aren't in the shoulder itself. I go into great detail about this in my "Simple Shoulder Solution" book and video series, but suffice it to say, your core strength, thoracic spine mobility, and even your breathing mechanics can dramatically affect how well your shoulder moves.
Plenty of people spend years trying to stretch their shoulders into health, when they had better results by spending 5 minutes every morning doing joint things like side planks and neck rotations with deep belly breathing.
But there are also specific ways you can develop the skill of active shoulder extension. Here are my favorites.

This is an exercise that doesn't get nearly enough love. Shoulder extension plus posterior chain activation? Sold! 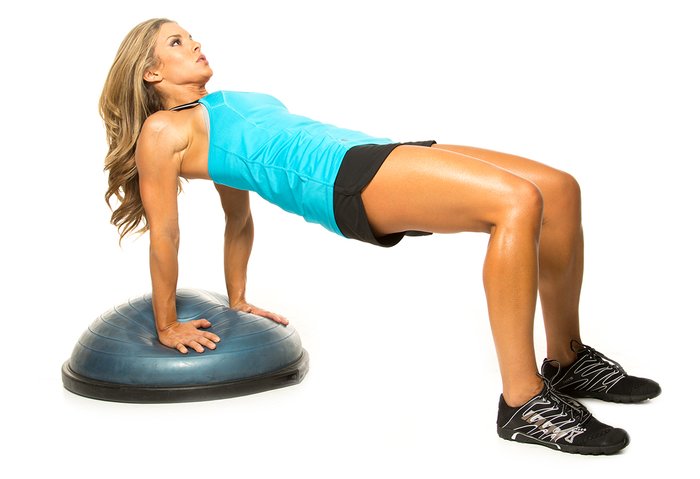 Here's how to do it right:
Initially, you may end up in more of a crab position than a tabletop. That's fine. Keep practicing until you're able to perform this drill looking more or less like a three-legged table, and you'll make serious progress in your shoulder extension.

Stretching isn't bad in and of itself, it just needs help. My rule is to never stretch without also adding an active motion to "own" that new range of motion you've opened up. Here's how to do it for shoulder extension:

One last strategy is to use the dip itself and test your sport specific mobility. 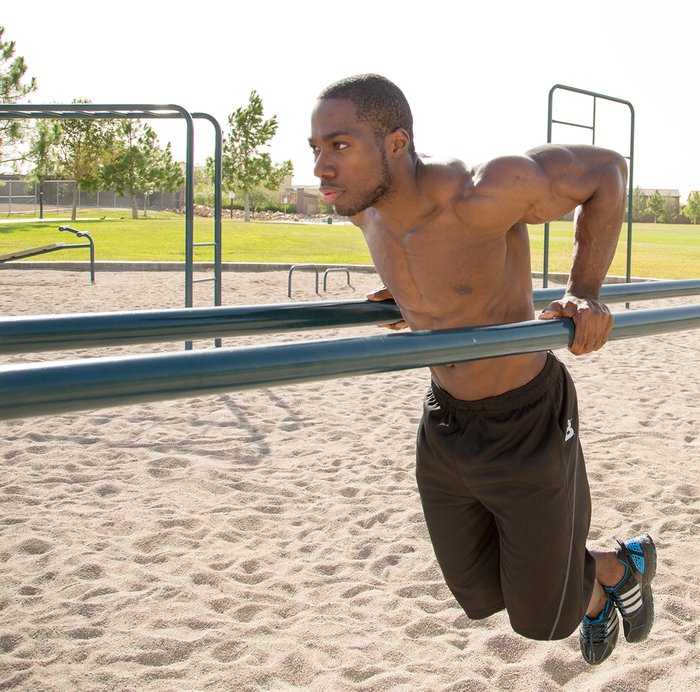 If you can't lift your hands off, you've gone beyond your active range of motion. In that case, don't do dips. There are a lot of other great exercises to do in the meantime while you fix your shoulders. Once you're ready for them, dips can be a great way to build strength in that extended position, but that only works if you're staying in the ranges your body and muscles can control.

Get Strong, Move On

I don't want any of this to come off as saying I'm not impressed with the physical capacity of the athletes at the Games themselves. They're legit insane—and amazingly positive, even when injured.
That may have actually been the most impressive part, and it's a great example to set for everyone watching. Injuries are not a life sentence, and these athletes know it. Shit happens, life's tough, and you move on. I'm just sorry that so many people's journey had to end prematurely this year.
If you want a single idea to take away and spray paint on your gym wall, make it this: Dial in your active range of motion, and don't do evil workouts—or tell the athletes you're in charge of to do them. If you do, may God have mercy on your soul.

Master RKC and Owner of Ambition Athletics in Encinitas, CA.
View all articles by this author
Posted by AMRAP Fitness at 4:23 AM